This past month I attended two conferences back-to-back. The first, the Medical Student Section of the American Medical Association (AMA) and the second, the College on Problems of Drug Dependence (CPDD). At their core, both groups aim to do the same thing: make the right choices and decisions for patients, but my experiences in each were very different.

At the AMA, I attended as one of my school’s national delegates fighting for policies that were written by students at our school (including some of my own). These policies exist because we believed the changes we asked for would be best for patients and their physicians. Some passed, and some didn’t. I may not agree with all of the decisions made at the meeting, but I feel as though I did my best to push for positive change.

At the AMA meeting I found myself feeling somewhat out of place with my relatively “hippy” views on harm reduction and patient care. It is not a secret that the medical student section are viewed as one of the more liberal sections of the AMA. Attending CPDD felt different. I attended sessions on harm reduction and the therapeutic uses of psychedelics  where the meeting room was standing room only due to the overwhelming interest of physicians, researchers, and policymakers. I spoke not only with students who had similar views to mine, but also with physicians and researchers.

At CPDD, I asked physicians what they thought about the dichotomy I felt between the opinions I had heard at AMA versus CPDD. Almost every physician I spoke with explained that they were not AMA members because the group was too conservative for them. This is not the first time I have heard this. Many students I know won’t join the AMA for similar reasons. In some circles, I have found myself shamed for my membership and activity in the AMA because of its problematic past and some of its current stances on certain issues, but I realized, as much as I would like to call myself a pessimistic realist, in many ways I am still incredibly idealistic. I agree with many of the concerns my peers and some physicians raise, but I hope that I can work to help make the changes I think need to happen.

At CPDD, I spoke with someone (not a physician) active in policy and asked what she suggested I do to stay active and advocate for patients without changing career paths and entering policy full time. She told me that alongside her work she still keeps track of her own professional society and makes an effort to be involved in making the changes that she thinks need to happen. Having been called naive and idealistic by many physicians for my desire to help make change from the inside, this response was very helpful in fueling me to continue doing what I can.

Nonetheless, I am still confused. Some of the people with whom I spoke who disagree with the AMA’s typically more conservative approaches are doing their own very important work to change policy in other avenues, and I greatly respect that; however, others are not. More and more I am seeing discussions of how academia and medicine cannot be kept separate from policy. If this is the case, is it the right choice to denigrate the major organizing body for medical professions but not make an effort to do anything to encourage the changes you wish to see? 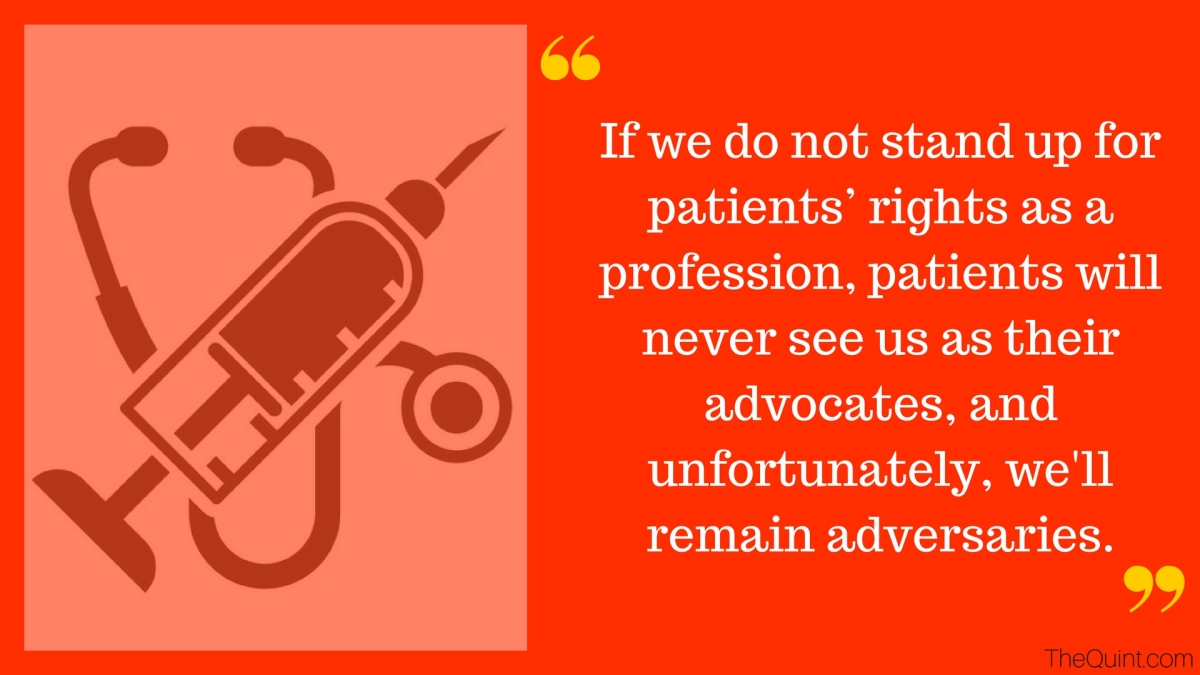 I am not insisting that all academics, researchers, and physicians become involved in policy, I don’t know if that is the right choice; however, if one feels so strongly about the views of their own professional society that they refuse to be a part of it and even speak out against it, I wonder how that is helpful. While this post may seem like an attack on the AMA or even certain physicians it is not meant to be. The AMA has done incredible work in many areas and I do not fault the people who chose not to be a part of it. I am not sure if my approach is the right one, but I have to ask, if you choose to distance yourself from your professional society because it holds views that you do not believe to be beneficial to your patients, what good is that doing?

I am really interested in a discussion on this. If you believe that we should play a role in changing policy for the benefit of our patients (and I accept that not everyone believes this), how is it helpful to stay away from a group whose policy you believe is harmful? Would it not be better to join* and attempt to make your voice heard?

* I know that becoming a member of a professional society also implies a hefty, added economic burden for many, which can be a huge barrier. One reason that I found my discussions on this topic so interesting is that no one mentioned cost as barrier, which is why it’s not in play here. That issue is very well-founded, but it belongs in a separate discussion to the question I’m exploring here.