There are many aspects of transitioning from a full-time job to medical school that I thought would be difficult. Going from earning money for working all day to spending money in order to work all day was a big one. There is also a significant difference in time management: as someone with a full-time job, much of my day and my tasks was organized for me, but in medical school I am largely in control of my own schedule and if I don’t get up and study then I am the only one who suffers. I expected transition difficulties like these and planned accordingly, but what I did not expect was such a significant difference in the way I was treated.

When I was working full-time, it was primarily in research. I worked either as a research assistant or a research coordinator in the field of public health, and while I remained mentally active in the medical world, it was not a part of my working life. The roles I had to play at work changed frequently, but there was a consistent theme: I was treated as an adult – a grown person in possession of independent thought who was responsible for herself. Sure, I was normally the bottom of the proverbial totem pole (and I certainly didn’t think I knew more than my bosses or supervisor), but I was still “allowed” to have an opinion, and I was not belittled or put down for bringing something up (appropriately, of course).

In the last couple of years before medical school, my work role shifted such that I took on a more outward-facing role in an academic institution. My new position led some to believe I was “just a secretary”.* Many of you can imagine the way that some behave when interacting with someone who is “just the secretary,” and I had some unpleasant interactions with people who seemed to have a need to step on others. It was not fun, but I understood my role as an employee and tried to get the person what they needed.

None of this prepared me for culture shock I would experience upon entering medical school. I know that the culture of medicine is extremely hierarchical, but that is nothing new for someone who worked in academia. I recognize that there are people to whom someone in my position does not simply approach and start chatting, and to whom my opinions are virtually worthless. I know that an attending physician in the hospital knows far more than I can currently imagine, and I would never think to suggest otherwise.

That said, this culture is more pervasive than I imagined and the behavior associated with it develops even as early as the second year of medical school. There is an assumption that we who are ‘below’ will accept everything that those ‘above’ say, do as we are told unquestioningly, even if it is something outside of their area of expertise. And while there are circumstances in which such a rigid hierarchy is fully necessary and appropriate (in a hospital or medical care setting, for example) I do not understand why this must translate into every avenue of life.

I find this attitude incredibly concerning. As I watch many of my peers conform to requests that are unreasonable with a shrug and a comment about how the person is ‘above’ us, I wonder how this will translate to our behavior toward the years below as we progress.

Medicine is hierarchical. That is necessary: a medical student should not be questioning an attending’s urgent medical decision prior to carrying out the request; however, this hierarchy does not need to permeate all situations . In fact, this requisite following of hierarchical norms can create unsafe working environments and, quite frankly, miserable ones, wherein those with power may abuse it and those below them believe that it is necessary to do whatever they are told. 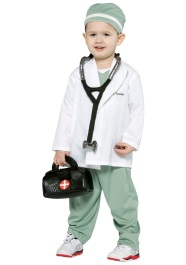 This change from being treated as an adult (albeit an inexperienced one) to being treated as a child who is not allowed an opinion, who knows nothing, and who should follow orders unquestioningly has been the hardest for me.** While I am not so naïve as to think I can change this issue, I do think that there are things we can do to improve the situation.

All of us are in a position of power over someone. We may not be able to change the behavior and mindsets of those above us, but we can change the way we treat those below us.

* I want to be clear here that I do not agree with the connotation of this phrase. I think that secretaries do a huge amount of work, far more than most people think, and without them most offices would fall apart; however, I mention this to indicate the opinion that many had when they interacted with me.

** To be clear, I am not calling out my medical school specifically, nor am I saying that everyone I have interacted with behaves like this. Rather, I am only writing this due to the observation that this is the prevailing culture I have witnessed from multiple institutions.

One thought on “Medical School Transition – An Unexpected Difficulty”